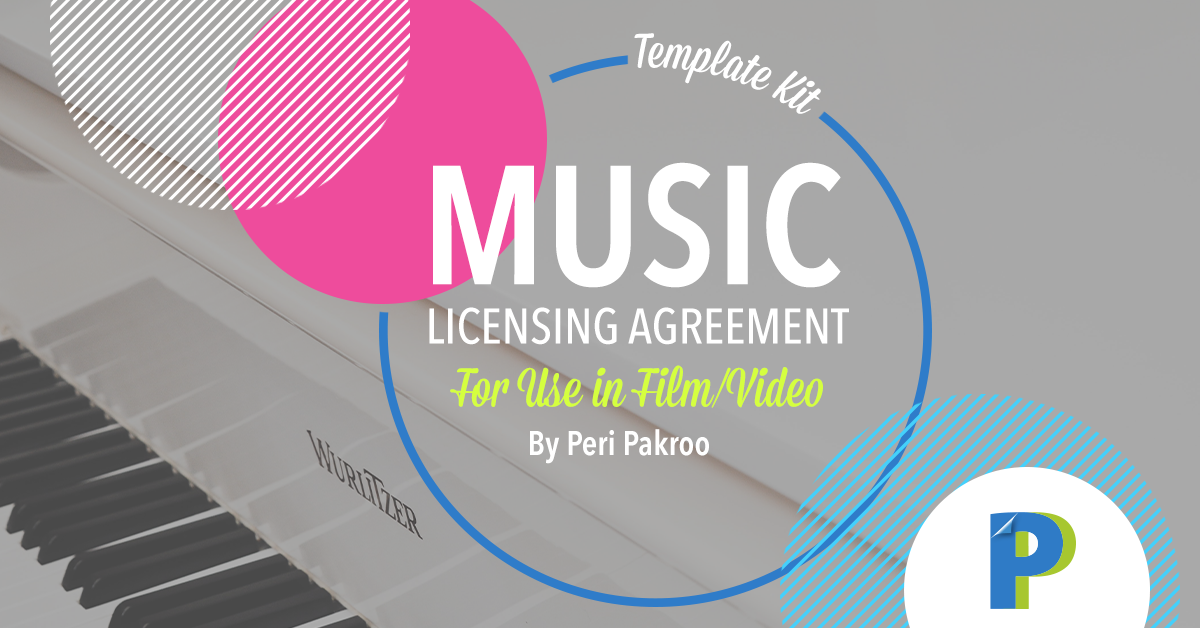 Anyone who has ever made a video or film knows that music can have a huge impact on the final product. This is true for just about any kind of video, from a narrative thriller to a television commercial spot to an industrial training video: Music helps set the tone, engages viewers, and can sometimes make or break a video project.

It follows that as a video/filmmaker, or as a musician, it’s important to understand how to obtain or give the necessary rights to a piece of music so that everyone is on the same page about how the music will be used, what fees will be paid (if any), and other important terms. Knowing the basics of music licensing is important to avoid conflicts—or even worse, allegations of infringement or other legal troubles—which are especially painful to deal with after a film is made.

That’s where this Music Licensing Agreement comes in: It is a simple legal document covering the important aspects of the agreement between the musician and filmmaker, regarding use of a piece of music in a video/film.

Use the button below to purchase and download now!

To give you an idea of what’s included in the kit, I’m including the opening sections below. Use the button to purchase and download.

Who Is This Agreement For?

Note that this kit is not geared for developing a music video; the process and issues involved in making music videos are different.

I’ll assume that you are either a filmmaker or a songwriter; the agreement template I provide in this kit is suitable for either party and not weighted towards either the filmmaker’s or songwriter’s interests.

I’ll also assume that the songwriter manages their own compositions and is not represented by or affiliated with a music publisher (such as the Harry Fox Agency). As noted throughout the material below, it is possible that some other entity owns one or more of the copyrights involved in a music licensing deal, and in that case you’ll need to make sure the right entities are involved. You can still use the information in this kit to guide you, but you may need to use a specific agreement provided by the music publishing company, record label, etc.

Before walking you through the terms of my agreement template let’s take a quick look at some of the essential background info you should know about music and copyright.

Let’s start with some context. We’re talking about intellectual property here: creative work that is owned by the person (or sometimes, a company) who creates the work.

As a musician, you own songs that you write, and recordings that you produce. This ownership is generally called copyright: i.e., artists own copyright in the works they create: songs, paintings, poems, photographs, novels, etc. When you own copyright, that means that no one else may reproduce your work without your permission. If they do, they are committing what is called infringement, which means they are illegally using your work, and may be subject to legal penalties such as fines.

When it comes to musical recordings, there are two copyrights:

Let’s look at each of these just a tiny bit more closely.

As the person who writes a song, the songwriter is the owner of copyright in the song. Note that copyright protects melody and lyrics; you can’t copyright chord progressions. (Weird, right?)

Want the whole thing? Purchase and download the full kit: